John Marwood Cleese is an English actor, voice actor, screenwriter, producer, and comedian. He achieved success at the Edinburgh Festival Fringe and as a scriptwriter and performer on The Frost Report.

• Ray Stevenson (George Raymond "Ray" Stevenson is an Irish-British film and television actor. He is known for pla...)

• Ethan Hawke (Ethan Green Hawke is an American actor, writer and director. He has been nominated for Academy Aw...)

• Ian McKellen (Sir Ian Murray McKellen, CH CBE is an English actor. He is the recipient of six Laurence Olivier ...) 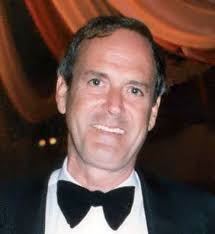 About the John Cleese Interview

Hallo Reddit, John Cleese here. I am best known for writing and starring in Monty Python. I am currently in America and will be spending some of the fall this year zooming around doing live appearances on my Monty Python and the Holy Grail Tour.

My first show is September 19th at the State Theatre in Easton, PA.
Check out all the dates and locations: http://www.montypython.com/news_jchg2017/422 #CleeseLiveOnStage

EDIT:
Thank you for the wonderful, meaningless conversation. If you like Monty Python and the Holy Grail, come and see me on my tour. If you don't, get in a pedal bin and jump off a cliff.