Scot Armstrong is an American screenwriter, director, and producer. He is credited with writing or co-writing numerous comedy films, including Old School, The Hangover: Part II, Semi-Pro, Road Trip, and many others.

• Sofia Coppola (Sofia Carmina Coppola is an American screenwriter, director, producer and actress. She is the dau...)

• Buck Taylor (Walter Clarence Taylor, III, known as Buck Taylor, is an American actor best known for his role a...) 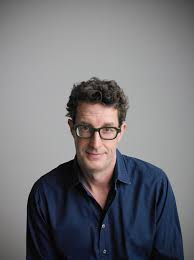 About the Scot Armstrong Interview

Hey everyone! This is Scot Armstrong. Season 2 of my show Dice starring Andrew Dice Clay premiers this Sunday, but feel free to ask me about anything whether it's Dice, Old School, UCB, or Chicago Bears football!