Clive Adrian Stafford Smith OBE is a British attorney who specialises in the areas of civil rights and working against the death penalty in the United States of America. 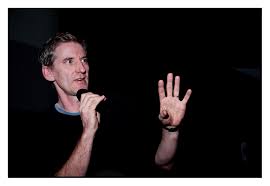 About the Clive Stafford Smith Interview

I began my career doing capital defence cases in the American South. In 1999, I founded the human rights charity Reprieve and as part of my work there represented 85 men in Guantanamo Bay.

Right now I’m representing Kris Maharaj, a man sentenced to death and imprisoned 30 years ago for murder in Florida. I’ll soon be going to court to present evidence that Kris was framed and the murders were actually a hit by Pablo Escobar’s Medellin Cartel. It’s a story so unbelievable that I wouldn’t believe it if I hadn’t literally written the book on it.

You can find out more about Kris's case and our other work on Reprieve's website: Reprieve.org.uk