Stanley Lloyd Kaufman, Jr. is an American film director, producer, screenwriter, and actor. With producer Michael Herz, he is the co-founder of Troma Entertainment film studio, and the director of many of their feature films, including The Toxic Avenger and Tromeo and Juliet. 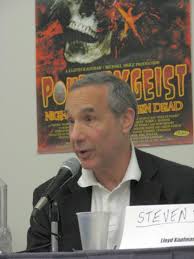 About the Lloyd Kaufman Interview