Leif Pagrotsky, born 20 October 1951 in Gothenburg, is a Swedish Social Democratic politician who had various posts in the government of Göran Persson between 1996 and 2006.

• Rupert Friend (Rupert Friend is an English film actor, writer and director, who is best known for his roles as M...) 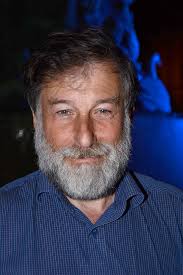 About the Leif Pagrotsky Interview

I've been the Consul General of Sweden in New York since 2015. It's my job to promote Sweden when it comes to trade and investment, culture and the arts. My office also provides consular services to the Swedish community in our district (nine states in northwestern U.S.) I'm a former social democratic politician and economist, and I held several cabinet-level ministerial positions in the Swedish Government 1996-2006. You can connect with me on Twitter @leifpagrotsky, Facebook @Pagrotsky, and Instagram @Pagrotsky

You can start posting your questions right now! Starting at 11 am EST, I’ll answer them!

EDIT
Thanks so much for your questions! I really enjoyed answering them. To learn more about the work of the Consulate, please follow us on: