Lorne Balfe is a Scottish music producer and composer for film, television, and video games.. He is best known for composing music for films such as Terminator Genisys, iBoy, and 13 Hours: The Secret Soldiers of Benghazi, DreamWorks animated films Home and Penguins of Madagascar, video games Assassin's Creed: Revelations and Crysis 2, and the Skylanders franchise.

• Hugh Grant (Hugh John Mungo Grant is an English actor and film producer. He has received a Golden Globe, a BA...) 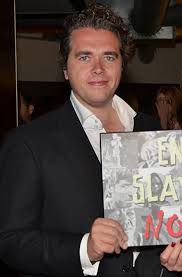 About the Lorne Balfe Interview

It's now closing time... I had a great time answering your questions! Check out the “The LEGO Batman Movie”, the second season of "The Story Of God with Morgan Freeman" and the upcoming Nat Geo series about Albert Einstein “Genius”. To find out more about me, check out my website, http://www.lornebalfe.com/