Julian Paul Assange is an Australian computer programmer, publisher and journalist. He is editor-in-chief of the organisation WikiLeaks, which he founded in 2006.

• Justin Long (Justin Jacob Long is an American actor, known for his roles in the films Jeepers Creepers, Galaxy...) 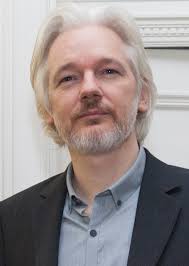 About the Julian Assange Interview

I am Julian Assange, founder, publisher and editor of WikiLeaks. WikiLeaks has been publishing now for ten years. We have had many battles. In February the UN ruled that I had been unlawfully detained, without charge. for the last six years. We are entirely funded by our readers. During the US election Reddit users found scoop after scoop in our publications, making WikiLeaks publications the most referened political topic on social media in the five weeks prior to the election. We have a huge publishing year ahead and you can help!

LIVE STREAM ENDED. HERE IS THE VIDEO OF ANSWERS https://www.twitch.tv/reddit/v/113771480?t=54m45s
I will post the easiest to read transcriptions (which you can put in the comments) of the my answers. Thanks!