Brian Allen Brushwood is an American magician, podcaster, author, lecturer and comedian. Brushwood is known for the series Scam School, a show where he teaches the audience entertaining tricks at bars so they can "scam" a free drink from their friends. 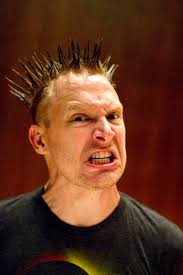 About the Brian Brushwood Interview

Today, we're launching a channel for "The Modern Rogue," where Jason Murphy and I finally get to try everything they told us was too dangerous or impractical for TV. (If Han Solo, James Bond, and Houdini had a two-headed baby, it'd be The Modern Rogue):