Stephen Wolfram is a British scientist known for his work in computer science, mathematics, and in theoretical physics. He is the author of the book A New Kind of Science. In 2012 he became a fellow of the American Mathematical Society.

• North Korea (North Korea, officially the Democratic People's Republic of Korea, is a country in East Asia, in ...)

• Travis Fimmel (Travis Fimmel was raised on a 5500-acre farm located in Australia between Melbourne and Sydney. U...) 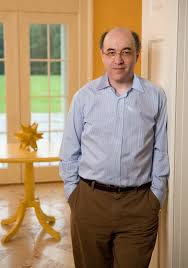 About the Stephen Wolfram Interview

Looking forward to being here at 3 pm ET today to talk about my book Idea Makers, and the people & history in it:

OK, I'm done... I can't believe I just spent so long on this. Great questions. Thanks everyone. Now I have to rest my fingers...