Juliette L. Lewis is an American actress and singer. She gained fame for her role in Martin Scorsese's 1991 remake of the thriller Cape Fear for which she was nominated for both an Academy Award and Golden Globe for Best Supporting Actress.

• Naomi Watts (Naomi Ellen Watts is an English actress and film producer. She made her screen debut in the Austr...)

• Alice Lowe (Alice Eva Lowe is an English actress and writer, mainly in comedy. She is known for her roles in ...) 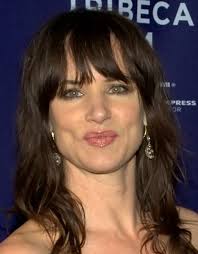 About the Juliette Lewis Interview

I am Juliette Lewis, my new movie NERVE comes out on July 27th, Ask Me Anything!

Get your tickets to NERVE here!

Info on my live music tour

UPDATE: Thanks everyone, for showing up and your questions! I take none of this for granted. Any time people are interested in my art or what I have to say, I'm truly honored. All your questions, even the ones I didn't get to answer made me smile. Even the smart ass ones. Keep on being you and love yourself. I'm out! Peace! ☮