Wyatt Cenac is an American stand-up comedian, actor, and writer. He is a former correspondent and writer on The Daily Show with Jon Stewart, airing his last segment on December 13, 2012. 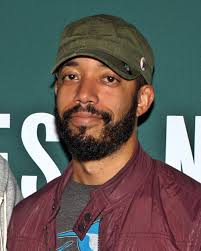 About the Wyatt Cenac Interview

Thanks to everybody for taking part in this AMA. It was fun, but I've got to go walk the dust mites.
The first episode of Night Train is available for free right now on YouTube.
Feel free to check it out and thanks again for spending a few hours helping me practice my typing skills.