• Brian Baumgartner (Brian Bruce Baumgartner is an American actor and director. He is best known for playing Kevin Mal...) 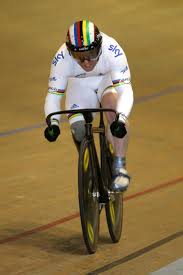 About the Jody Cundy Interview

My Short Bio: Hi Reddit! I'm a Paralympian on the GB cycling team and was last week selected for my 6th Paralympic Games in Rio. I thought this would be the perfect opportunity to let the public in to find out about me and the life of an elite athlete on the GB team. I'll also be on Facebook Live from 7pm (BST) via my Fan Page at

Thanks everyone for stopping by and asking questions.
The Facebook Live video is online at