Alexei Vladimir "Alex" Filippenko is an American astrophysicist and professor of astronomy at the University of California, Berkeley. Filippenko graduated from Dos Pueblos High School in Goleta, CA.

• Naomi Watts (Naomi Ellen Watts is an English actress and film producer. She made her screen debut in the Austr...) 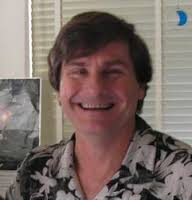 About the Alexei Filippenko Interview

I'm Alex Filippenko - a world-renowned research astrophysicist who helped discover the Nobel-worthy accelerating expansion of the Universe. Topics of potential interest include cosmology, supernovae, dark energy, black holes, gamma-ray bursts, the multiverse, gravitational lensing, quasars, exoplanets, Pluto, eclipses, or whatever else you'd like. In 2006, I was named the US National Professor of the Year, and I strive to communicate complex subjects to the public. I’ve appeared in more than 100 TV documentaries, and produced several astronomy video series for The Great Courses.

I’ve also been working to help UC's Lick Observatory thrive, securing a million-dollar gift from the Making & Science team at Google. The Reddit community can engage and assist with this stellar research, technology development, education, and public outreach by making a donation here.

I look forward to answering your questions, and sharing my passion for space and science!

EDIT: Thanks everyone for your great questions! I am going to close out this conversation, but look forward to doing another AMA soon.