Craig Ferguson is a Scottish-born American television host, stand-up comedian, writer, actor, director, author, producer and voice artist. He is the host of The Late Late Show with Craig Ferguson, an Emmy Award-nominated, Peabody Award-winning late-night talk show that airs on CBS. Additionally, Ferguson hosts the syndicated Celebrity Name Game. After starting his career in Britain with music, comedy and theatre, Ferguson moved to the United States where he found success in the role of Nigel Wick on The Drew Carey Show. He has written and starred in three films, directing one of them. Ferguson has also written two books: Between the Bridge and the River, a novel, and American on Purpose, a memoir.

• Eddie Ifft (It’s safe to say that Eddie Ifft is one of the most traveled comedians in show business. This yea...) 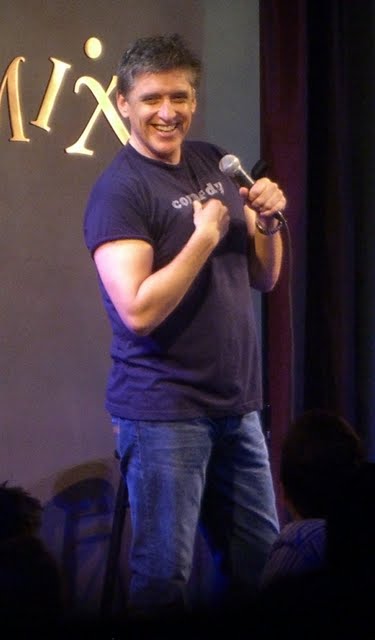 About the Craig Ferguson Interview

Hi reddit! Craig Ferguson here. You might know me from late night and as host of History’s new show Join or Die which premieres this Thursday. Looking forward to your questions – I’ll be back at 1PM to start answering. Go nuts. Ask away.

Edit @ 2:00PM: I'm heading out. I'm overwhelmed by your response. I apologize profusely to all the questions I did not get to. Speak again soon.