John Riccitiello is an American businessman who served as President and Chief Operating Officer, CEO of Electronic Arts; currently CEO of Unity Technologies. 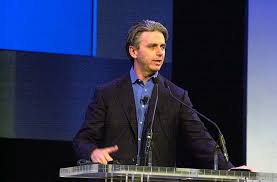 About the John Riccitiello Interview

Hello Reddit! I am John Riccitiello, CEO of Unity Technologies. We make the leading game and experience platform for creating 2D, 3D, VR and AR experiences. Some of the more well known games from this year that were made with Unity include: Pokemon GO, Super Mario Run, Firewatch and Inside.

If you’re a developer, you might have heard about our latest plans for the Unity platform, super exciting stuff. We're forging ahead at full speed as you can see on our roadmap, improving graphics, adding platforms, fixing things, and overall making sure that you can make the best games and VR experiences out there.

And if you haven't seen it yet, here's our short film Adam which shows just what the Unity engine is capable of already!

Feel free to ask me about our 2017 plans for Unity, my experience at the company and what I see in the future of the game, mobile and AR/VR industries. I'll be answering questions from 11AM - 12PM. Excited for my first AMA!

EDIT: And that's all the time I have for now. Thank you very much for all your questions! I'll try to answer a few more later on. Happy holidays!