Taika David Waititi, also known as Taika Cohen, is a New Zealand film director, writer, actor, painter and comedian. He was nominated for an Academy Award for his 2004 short film Two Cars, One Night. 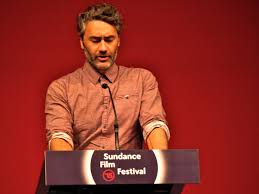 About the Taika Waititi Interview

OK I HAVE TO GO NOW. THANKS SO MUCH FOR THIS AMA GUYS! I'm off to eat breakfast and take the kids to the beach. I know... hard life. Have a great day/night and see you all next time! Mauri Ora!

Hello Reddit! I'm Taika Waititi, director of HUNT FOR THE WILDERPEOPLE and WHAT WE DO IN THE SHADOWS. I'm currently working on a little passion project called THOR: RAGNAROK. For more about that, follow me on Instagram: @taikawaititi.