David Cross is an American stand-up comedian, actor, director and writer, known primarily for his stand-up performances, the HBO sketch comedy series Mr. Show, and his role as Tobias Fünke in the sitcom Arrested Development. 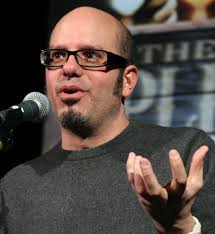 About the David Cross Interview

Hi! I have done some things here and there (mostly here) and have annoyed, delighted, upset, entertained, revulsed, elated, and offended tens if not hundreds of people along the way. Feel free to ask me questions. I'm cool like that. If you are curious as to what I've done, check out my imdb page or wikipedia page. Let's get this fucker started!

Edit : 12:34 pm. Alright - I'm out! If you guys want, it's totally free, follow me on Twitter at @davidcrosss. I'll be live-tweeting the debate again.