Amelia Mary Earhart was an American aviation pioneer and author. Earhart was the first female aviator to fly solo across the Atlantic Ocean. She received the U.S. Distinguished Flying Cross for this record. She set many other records, wrote best-selling books about her flying experiences and was instrumental in the formation of The Ninety-Nines, an organization for female pilots. Earhart joined the faculty of the Purdue University aviation department in 1935 as a visiting faculty member to counsel women on careers and help inspire others with her love for aviation. She was also a member of the National Woman's Party, and an early supporter of the Equal Rights Amendment. During an attempt to make a circumnavigational flight of the globe in 1937 in a Purdue-funded Lockheed Model 10 Electra, Earhart disappeared over the central Pacific Ocean near Howland Island. Fascination with her life, career and disappearance continues to this day.

• Confucius (Confucius was a Chinese teacher, editor, politician, and philosopher of the Spring and Autumn per...) 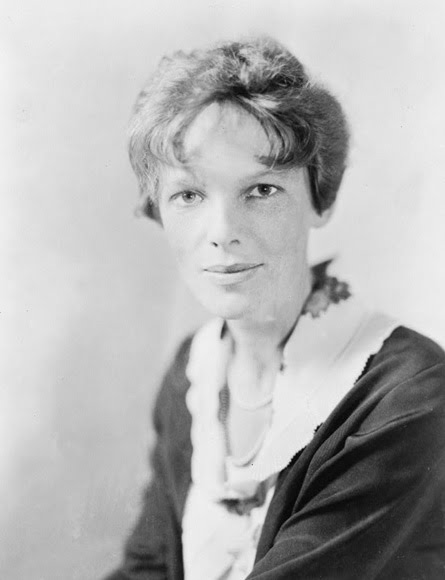 About the Amelia Earhart Interview

Hi All. Yes, I share the same name as the legendary Amelia Earhart, and no, we're not related. However, we do have a few things in common. An adventurous spirit, a passion for flight and the desire to fly around the world.

By recreating and completing Amelia Mary Earhart’s flight around the world in the summer of last year, I developed an even deeper connection to my namesake and hopefully encouraged the world to pursue their own adventures. As president of the Fly With Amelia Foundation, I continue that work by providing grants and flight training scholarships to high school aged girls.

My newest passion project involves working with XTI Aircraft Company to develop the TriFan 600, the world’s first commercially certified vertical takeoff airplane that aims to provide door-to-door travel at the comparable to the speed, range and comfort of a business jet. XTI is also one of the first companies to run an equity crowdfunding campaign so that anyone has the chance to be a part of it. Learn more about this project and the TriFan 600 at

Here's proof that it's me: http://i.imgur.com/v0mAlVl.jpg

Now, Ask Me Anything!"