David Randall "Randy" Blythe is the vocalist and lyricist of American groove metal band Lamb of God and side-project band Halo of Locusts. He also performed guest vocals for Cannabis Corpse, Overkill and Gojira. He is known as D. Randall Blythe on Lamb of God's albums. As a teenager, he looked up to the Sex Pistols, Megadeth, Bad Brains, Slayer, Motörhead and GWAR. In June 2012, Blythe was arrested in the Czech Republic and was indicted on manslaughter charges related to the 2010 death of Daniel Nosek, a 19-year-old fan, after a Lamb of God concert. The Czech court found that Blythe had pushed the fan off the stage and was "morally responsible" for the killing, but held that liability for Nosek's death also lay with promoters and security members, and ultimately acquitted Blythe of the criminal charges specifically. 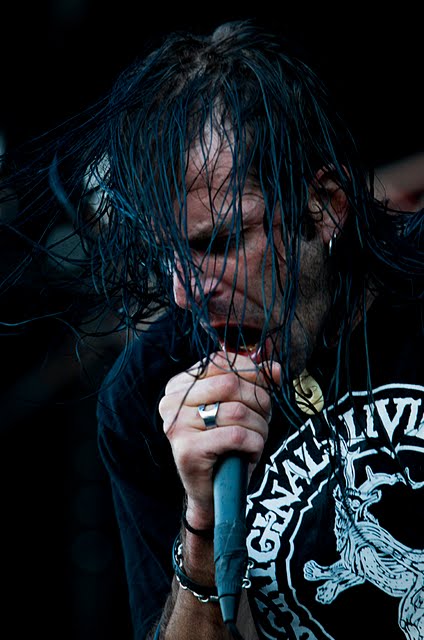 About the Randy Blythe Interview

Hey, Reddit. I'm Randy Blythe, lead singer of Lamb Of God and author of [Dark Days: A Memoir] (http://www.randyblythe.net) – out today. I’m here to answer your questions so ask me anything. I’ll be here starting at 1pm EDT / 10am PDT.

Update: Thanks so much for all of your questions. I'm going to be at Bookends in Ridgewood, NJ at 6pm tonight signing copies of [Dark Days: A Memoir] (http://www.randyblythe.net) and Book Revue on Long Island tomorrow at 7pm.

Our new album VII: Sturm Und Drang comes out next Friday, July 24th. You can pre-order it HERE and catch us on the Summer's Last Stand tour July 24th - September 5th.

See you out there!