Noel Thomas David Gallagher is an English musician, singer, and songwriter. He served as the lead guitarist, co-lead vocalist and principal songwriter of the rock band Oasis. Raised in Burnage, Manchester, Gallagher began learning guitar at the age of thirteen. After a series of odd jobs in construction, he worked for local Manchester band Inspiral Carpets as a roadie and technician in 1988. Whilst touring with them, he learned that his brother Liam Gallagher had formed a band of his own, known as The Rain, which eventually took on the name Oasis. After Gallagher returned to England, he was invited by his brother to join Oasis as songwriter and guitarist. Oasis' debut album, Definitely Maybe, marked the beginning of the band's rise to fame as part of the Britpop movement. Oasis' second album, Morning Glory?, reached the top of the album charts in many countries and their third studio album, Be Here Now, became the fastest-selling album in UK chart history. Britpop eventually declined in popularity and Oasis' next two albums failed to revive it.

• Ben Folds (Benjamin Scott "Ben" Folds is an American singer-songwriter and record producer. From 1995 to 200...) 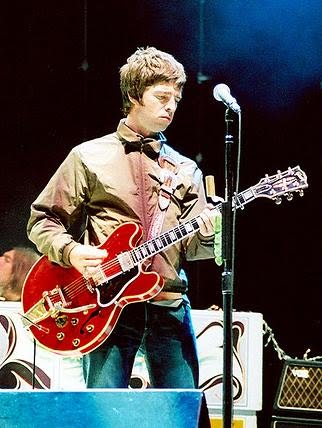 About the Noel Gallagher Interview

My new album with High Flying Birds, Chasing Yesterday, was released in March. You can get it on iTunes and Amazon. And we're kicking off our tour on May 3rd, starting in Toronto, with more information on tour dates to be found here: http://www.noelgallagher.com/

Victoria's assisting me in person today.

Edit I'd like to say to the NGHFB massive - thank you for all your questions. It's been a fucking pleasure.

I will see you somewhere down the road.

Keep buying the merchandise. My wife's shoe collection depends on it.