• Constantine Maroulis (Constantine James Maroulis is an American actor and rock singer from Wyckoff, New Jersey. He was ...)

• Carla Hall (Carla Hall is an American chef and television personality. She was a finalist in the fifth and ei...) 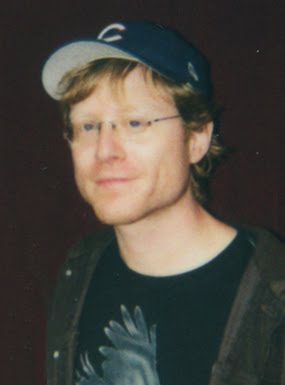 About the Anthony Rapp Interview

I'm so pale, I've been used as a reflective source of light on a movie set with my fellow actors on a shot.

I'm not kidding. This is serious.

A little bit about me: I'm an actor, I'm a singer. I've been doing this for a very long time, since I was 9 years old. And I feel very lucky to have done all sorts of things over the many different years - or decades. And I'm happy to talk about any and all of it!

I'm also a big gamer. And baseball fan. And LGBT activist. I have a badass brother who's an author and director, and I'm happy to talk about him too, and how tall he is.

I have a podcast called The Clubhouse Podcast (subscribe on iTunes!) and I'm the co-creator of BroadwayCon.

Update: Thank you, as always, for your support and interest. I'll do my best to continue to earn those things. And I'll let you know what's coming up as it comes up. In the meantime, keep your eyes peeled for BroadwayCon News (January 2016!)... the Clubhouse Podcast news... and the various cool indie films that I've been shooting lately, and more.