Warren Spector is an American role-playing game designer and a video game designer. He is known for creating in all his games choices for the player with the tools that are available in the gameplay simulation. Consequences of those choices are then shown in the simulated game world in subsequent levels or missions. He is best known for the critically acclaimed video game Deus Ex that embodies the choice and consequence philosophy while bringing together elements of the video game genres first person shooter, role playing game and adventure. 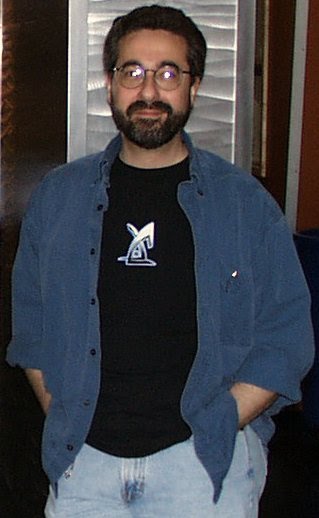 About the Warren Spector Interview

I’ve been making games for 31 years (32 in September this year!). I’m probably best known for working on Deus Ex and Disney Epic Mickey, but I’ve worked on a bunch of stuff – several Ultima games… the long-forgotten Martian Dreams and Wings of Glory (games of which I’m inordinately proud), Underworld 1 and 2, System Shock, Thief: Deadly Shadows and more. I’ve also worked on lots of other concepts that never saw the light of day.

I’ve had the chance to work with some of the most talented people in the business – Richard Garriott, Chris Roberts, Paul Neurath, Doug Church, Harvey Smith, Paul Weaver and others. (Can you tell I like lists?... and ellipses?...) I’ve worked for a bunch of companies – Steve Jackson Games, TSR, Origin, Electronic Arts, Looking Glass, Ion Storm and Junction Point.

I’m now the Director of the Denius-Sams Gaming Academy in the Moody College of Communication at The University of Texas at Austin (whew, that’s a mouthful) where we’re focusing on training future creative directors and producers. In fact, several of the DSGA students are here helping this Reddit-challenged guy in the ways of AMA's. Thank god...

And I’m stupidly proud of an Honorary Doctorate I got from Columbia College of Chicago and Lifetime Achievement awards from Cartoons on the Bay and the Game Developers Choice Awards. Oh, yeah, as you’ve probably already figured out, I can be a wordy bastard!

This is my first AMA and I’m totally looking forward to answering your questions.

Proof: https://twitter.com/Warren_Spector/status/593838444276678656
The exciting scene in my office RIGHT NOW! http://imgur.com/BuW4YHk Full disclosure I'm the ONLY one answering these questions. These crazy kids are helping me sort through the questions so I don't drown!

Well, I think I've answered all the questions you folks have for me, so I'm going to call it quits for now. I'll try to check back later today or tomorrow to see if anyone comes up with anything else. It's been fun! Ceeya!