Kevin Elliot Pollak is an American actor, impressionist, game show host, and comedian. He started performing stand-up comedy at the age of 10 and touring professionally at the age of 20. In 1988, Pollak landed a role in George Lucas’s Willow, directed by Ron Howard, and began his acting career. Pollak is an avid poker player, hosting weekly home games with some of Hollywood's A-list celebrities. He finished 134th out of 6,598 entrants in the 2012 WSOP, earning himself $52,718. 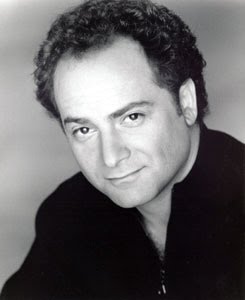 About the Kevin Pollak Interview

You may know me as a comedian, a character actor, or from my chat show.

Now, it's time to get to know me as a comedy-documentary filmmaker of the soon-to-be-awardwinning film Misery Loves Comedy.

Misery Loves Comedy drops TODAY on iTunes and cable VOD and opens in select theaters 4/24! You can watch it here: https://itunes.apple.com/us/movie/misery-loves-comedy/id977840932

And for a complete list of cities and theaters, visit tribecafilm.com/miserylovescomedy..

Victoria's going to be helping me out today. Let's chat.

In closing, I sincerely thank you all for your time and interest. Anytime I can get on the interwebz and any of you gives a shit about it makes me embarrassingly giddy.

So thanks. And if you give a shit, and have the time, and a few bucks to waste, check out Misery Loves Comedy, on iTunes, Amazon, Video on-demand. If not, I get it.