Christopher Michael "Chris" Pratt is an American actor. He is known for television roles, including Bright Abbott in Everwood, and Andy Dwyer in Parks and Recreation. His early film career began with supporting roles in mainstream films such as Wanted, Bride Wars, Jennifer's Body, Moneyball, What's Your Number?, The Five-Year Engagement, Zero Dark Thirty, Movie 43, Delivery Man and Her before achieving leading man status in 2014 with the blockbuster films The Lego Movie and Guardians of the Galaxy. He will star in Jurassic World, the continuation of the popular Jurassic Park franchise. In 2014, Pratt was ranked as #2 on People magazine's annual list of Sexiest Men Alive.

• Felicia Day (Kathryn Felicia Day is an American actress, comedian, and writer. On TV, she played the character...) 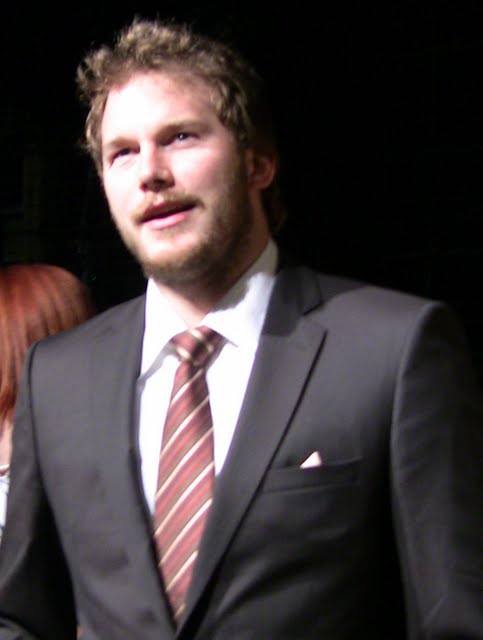 About the Chris Pratt Interview

Hey dudes. Well, you asked for it, and I'm thrilled to be here to answer your questions.

Oh, and by the way, JURASSIC WORLD is out June 12.

Thank you guys for the questions. I have to go. I am doing Jimmy Fallon in a minute. I am so thankful for all the support, it truly means a lot. You guys have been really nice and cool. And I mean that. I have very few haters (not to brag) and that is nice because I am a people pleaser and I will do anything to make you like me. Absolutely anything. I mean it. I'll tell you to hit me up with all your strange sexual and non-sexual requests... wait, no... I'm hearing this is over now. Oh well. I love you. Go see Jurassic World if you please and here's a link to a clip: https://www.youtube.com/watch?v=8QN3AVHGT8I&amp;feature=youtu.be

Take care. God bless. See you at the movies!