William Ramsey Clark is an American lawyer, activist and former public official. He worked for the U.S. Department of Justice, which included service as United States Attorney General from 1967 to 1969, under President Lyndon B. Johnson. He supervised the drafting and played an important role in the passage of the Voting Rights Act of 1965 and Civil Rights Act of 1968. Since leaving public office Clark has led many progressive activism campaigns, including opposition to the War on Terror, and he has offered legal defense to controversial figures such as Charles Taylor, Slobodan Milošević, Saddam Hussein, and Lyndon LaRouche.

• Natalie Bennett (Natalie Louise Bennett is an Australian-born British politician and the leader of the Green Party...) 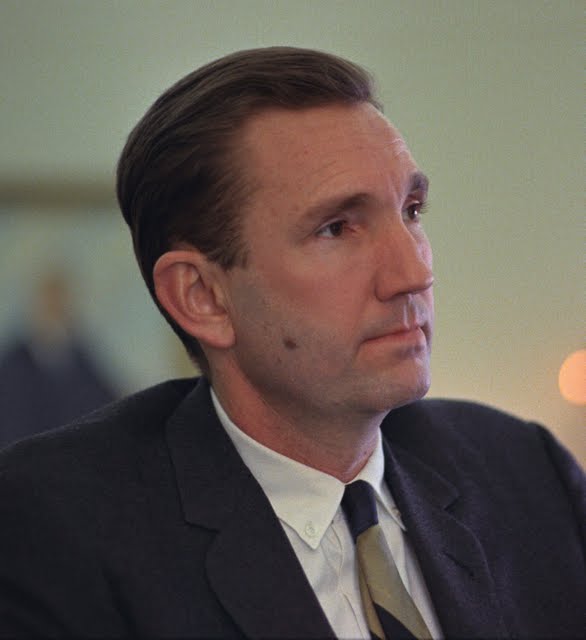 About the Ramsey Clark Interview

Hello, my name is Ramsey Clark.

And I went to school all over the place, because my family was mobile.

Went into the Marines at 17, and got out, and got 3 degrees on the GI bill - a BA from the University of Texas, an MA in American History and JD from the University of Chicago, and I really wanted to go on but was married and couldn't afford it anymore. And the GI Bill ran out after 3 degrees. I recommend the GI Bill for everybody, without being a military person, because I'm appalled at the debt that kids coming out of college are burdened with - just when they're getting started. It's really a crime to lay that on people, and their future.

Free public education so you can get a ride until you can support yourself. I think the people, and the government, has an interest in an educated public. I've always favored public schools, I always went to public schools until I went to the University of Chicago.

Well, I went home to Texas when I got my law degree. I was married, we started having kids, and we lived in Dallas, where I practiced law for 9 years. I was a general trial practice, criminal as well as civil, which I enjoyed more 'cuz it's more challenging and a higher public interest in truth-sleeking in that field.

And then in 1960, I got fascinated with then-senator John F. Kennedy. And volunteered for his department of Justice, when he was elected.

I didn't think that his brother ought to be Attorney General. Because I think you need both in appearance and in fact a totally independent Attorney General. Having said that, he wasn't a lawyer in the sense that he ever practiced law or intended to practice law. His interest was public service. And national politics.

So when he was Attorney General, he kind of spoofed himself as being a lawyer, because he never - I mean, most lawyers intend to - you get a law degree generally to practice law, and Bob never practiced law. He worked on Senate Staff as counsel, and then he became Attorney General. President Kennedy chose to nominate his brother for Attorney General, thought he should get a little experience before he went out to practice law.

That was a joke.

But he did work on the Senate Committee until '60, when he ran John F. Kennedy's campaign for president. Then he came in to be Attorney General right at the beginning in 1961, and I became Assistant Attorney General, appointed by the President, at that time.

I was an Assistant Attorney General for 4 years. Throughout President Kennedy's presidency. And for most of the first year of President Johnson. Bob Kennedy left the department in September of 1964 to run for Senate. I flew up with him on the Carolinas, the plane named after Caroline Kennedy. And he left the department the same day that we flew up and he accepted the nomination of the Democratic party to run for Senate, which he won, and remained in until he was assassinated.

In fact, the Democratic Convention was held in an Armory on Park Avenue. We came in from LaGuardia in a car, and there were 3-4 guys waiting on the curb for Bob, and they grabbed him and rushed him off, and there were 2 of us left in the car, so we walked up the steps and around a railing into the interior of the Armory - and as we entered the building, we could hear guys yelling "NOMINATIONS ARE NOW IN ORDER FOR UNITED STATES SENATE, do we have a nomination?!" and we hear "Robert F. Kennedy!" and then a BANG! Nominations are closed. They immediately closed the nominations.

So I did some work in New York that day, and dropped by to see Bob before I went back to Washington. And he was lying on the floor of the hotel room, by Madison Square Garden. He had a bad back, and he'd lay on the floor, flat on his back, to make him feel better. So he's just laying there when I came in and sat beside him. And he said to me "How'd you like that nominating process? Democracy in action, wasn't it?" Because it was a total fix, haha! But they had to think of some guy to say "I second the nomination!"

And I've done a lot of other things since then.

I'm here with Victoria from reddit as well as my granddaughter (who helped set this up) to answer your questions today.

EDIT: Well, life is a question.

And we don't have all the answers.

But it's important to pursue the questions.

Thanks for your interest in what my answers might be, and what you're wondering about.