Reginald Lucien Frank Roger "Reggie" Watts is an American comedian and musician. Watts's improvised musical sets are created using only his voice, a keyboard and a looping machine. An avowed "disinformationist," Watts frequently disorients his audiences. He performs regularly on television, radio, and in live theater. His comic skills are seen in his improvisational performance, as well as his written music. Watts appears on the IFC television series Comedy Bang! Bang! which began airing on June 8, 2012 and was renewed for a third season which premiered in 2014.

• Jack Vale (Jack Vale is an American comedian who has a YouTube channel featuring hidden-cameras and pranks. ...) 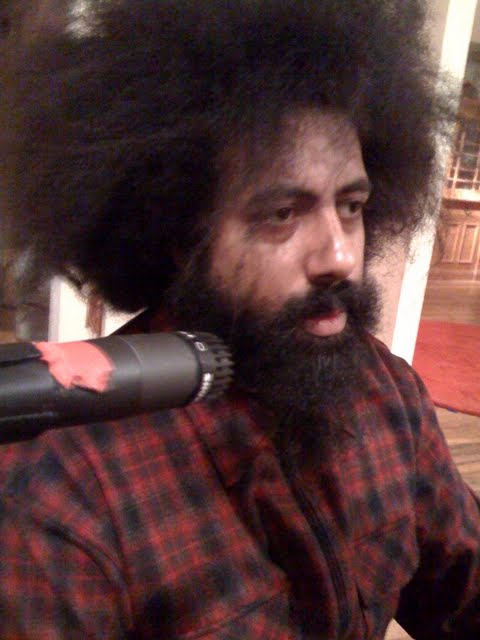 About the Reggie Watts Interview

Hey guys! I'm the future bandleader of The Late Late Show on CBS this March. But I'm still totally in love with Scott Aukerman and CBB. I enjoy healthy versions of things that are bad for you. And I'm a Montanan. And I really love innovative, locally-sourced, technical fabrics.

I'm in Montana. Victoria's helping me out over the phone in New York. AMA!

Update Thanks everybody for all the awesome questions. Sorry I couldn't get to everybody. But I plan on doing this a lot more regularly and awesome, because you guys are great and I love your questions.