Kristin Dawn Chenoweth is an American singer and actress, with credits in musical theatre, film and television. In 1999, she won a Tony Award for her performance as Sally Brown in You're a Good Man, Charlie Brown on Broadway, and in 2003, she received wide notice for originating the role of Glinda in the musical Wicked. Her television roles have included Annabeth Schott in NBC's The West Wing and Olive Snook on the ABC comedy-drama Pushing Daisies, for which she won a 2009 Emmy Award for Outstanding Supporting Actress in a Comedy Series. Chenoweth also starred in the ABC TV series GCB in 2012. Chenoweth sang gospel music as a child in Oklahoma and studied opera before deciding to pursue a career in musical theatre. In 1997, she made her Broadway debut in Steel Pier. Besides You're a Good Man, Charlie Brown and Wicked, Chenoweth's stage work includes five City Center Encores! productions, Broadway's The Apple Tree in 2006 and Promises, Promises in 2010, as well as Off-Broadway and regional theatre productions. 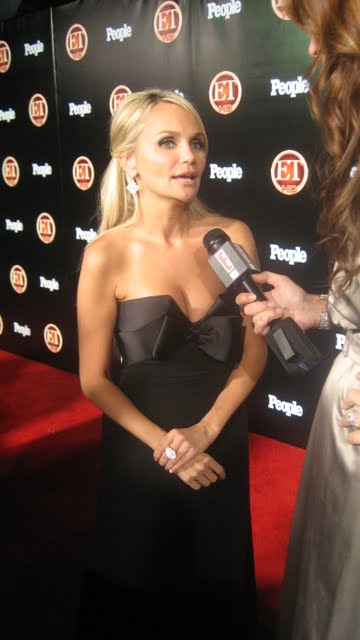 About the Kristin Chenoweth Interview

So excited to be on here today!

I've done a lot of Broadway, TV, and movies and concert work. Excited to share some of those experiences and memories with you.
And my latest is Coming Home.

Victoria's helping me out in-person today, along with my adorable dog, Madeline Kahn Chenoweth.

Update: Thank you for spending time with me today. Wherever you are in the world, remember to inspire so that you can be inspired. God bless.