Kevin Fitzgerald Corrigan is an American actor best known for his portrayal of "Uncle Eddie" on the sitcom Grounded For Life. He has appeared mostly in independent films and television since the 1990s. He played the role of best-friend Sal, against Patton Oswalt in the critically praised independent film, Big Fan.

• Don Wildman (Don Wildman is the current host and narrator of Off Limits, Mysteries at the Museum, and Monument...)

• Ron Perlman (Ronald N. "Ron" Perlman is an American television, film and voice actor. He is best known for his...) 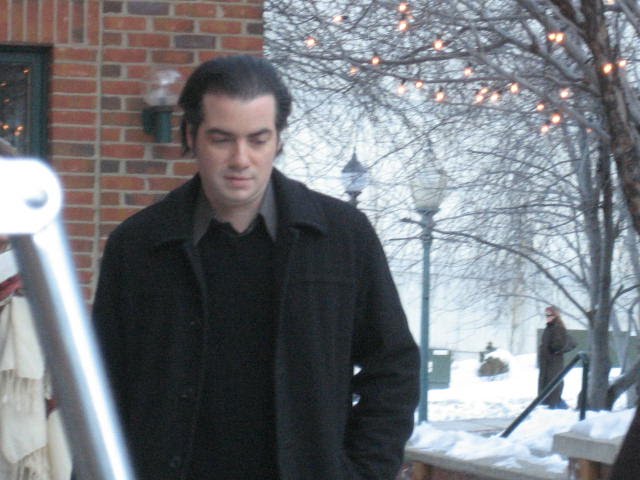 About the Kevin Corrigan Interview

I was born and raised in New York City, specifically the Bronx.

I host THE CORRIGAN SHOW, a live talk show in New York City. The next installment will be TOMORROW, February 26th at 9pm. You can check out http://www.thecorriganshow.com for RSVP info (it’s free to attend) and to see who the guests are.

My latest feature, RESULTS, in which I have a lead role, premiered at the Sundance Film Festival a few weeks ago. Here’s a thoughtful review of the film: http://variety.com/2015/film/reviews/sundance-film-review-results-1201419560

And currently in theaters is a wonderfully charming film in which I co-star called WILD CANARIES (Find your local theater here: http://www.wildcanariesmovie.com/)

I studied at the Lee Strasberg Theater Institute during the mid-to-late 80's. In 1989, I was cast in the Martin Scorsese classic GOODFELLAS. I've been recognized for my work during the independent film boom of the 1990's, appearing in RHYTHM THIEF, LIVING IN OBLIVION, WALKING AND TALKING, BUFFALO '66, HENRY FOOL, SLUMS OF BEVERLY HILLS, plus TRUE ROMANCE, THE DEPARTED, PINEAPPLE EXPRESS, AMERICAN GANGSTER, and SUPERBAD.

On television, I played Uncle Eddie on GROUNDED FOR LIFE and had recurring roles on DAMAGES, COMMUNITY, FRINGE, and THE MENTALIST.

I have a part in Terrence Malick's next feature KNIGHT OF CUPS and I play a character named Smitty on the upcoming TNT drama PUBLIC MORALS from Edward Burns and Steven Spielberg.

I play bass in the NYC band CRYSTAL ROBOTS (We have a new album! http://crystalrobots.bandcamp.com/releases)

Here's proof I am in fact myself: http://imgur.com/ONbe1Z7

UPDATE
I have to go to a premiere for WILD CANARIES now at IFC Center, but I will continue to answer your questions tomorrow around noon. Thank you for your questions and your interest in my work.