• Suki Kim (Suki Kim is a Korean American writer, a Guggenheim fellow and the author of the award-winning nov...)

• Liz Tuccillo (Liz Tuccillo is an American writer and film director best known for her work on the HBO comedy se...)

• Malcolm Gladwell (Malcolm T. Gladwell, CM is a Canadian journalist, bestselling author, and speaker. He has been a ...) 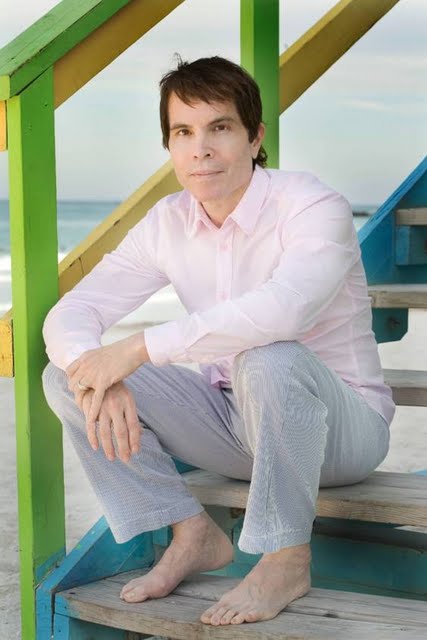 About the Gerald Posner Interview

I am a journalist, author and attorney. My first book, a biography of Nazi Dr. Josef Mengele Mengele: The Complete Story, 1986 grew out of a pro bono lawsuit for some survivors of Mengele's medical experiments at Auschwitz. From there I went on to write about the international heroin trade Warlords of Crime: Chinese Secret Societies - The New Mafia; a novel about biological warfare The Bio-Assassins, 1989; about the second generation of top Nazis Hitler's Children: Sons and Daughters of Leaders of the Third Reich talk about their Fathers and Themselves, 1991; the murder of JFK Case Closed: Lee Harvey Oswald and the Assassination of JFK, 1993 - Case Closed was a finalist for the Pulitzer in History and a NY Times bestseller; a Ross Perot biography, Citizen Perot: His Life and Times, 1996; the MLK murder, Killing the Dream: James Earl Ray and the Assassination of Martin Luther King, Jr, 1998; the business story of one of America's most fabled record labels, Motown: Music, Money, Sex, Power, 2002; the story behind 9/11, Why America Slept: The Failure to Prevent 9/11, 2003; an investigation of Saudi Arabia, Secrets of the Kingdom: The Inside Story of the Saudi-U.S. Connection, 2005; the history of a city, Miami Babylon: Crime, Wealth and Power - A Dispatch from the Beach, 2009.

Over the course of writing these books, at different times I was a regular panelist on HistoryCENTER, the History Channel’s Sunday current events program. And I have been a freelance writer for many news magazines, and a regular contributor to NBC, the History Channel, CNN, FOX News, CBS, and MSNBC.

My latest book is GOD’S BANKERS: A HISTORY OF MONEY AND POWER AT THE VATICAN. It is the result of nine years of off an on again research and reporting and it follows the church’s finances for 200 years inside one of the world’s most powerful institutions. Ask me anything you like about the Vatican and its money!

Hi everyone, thank you so much for your good questions. I have to run but will be back to answer more this weekend, so keep asking, thanks!