Thomas B. Kin "Tommy" Chong is a Canadian comedian, actor, writer, director, activist, and musician. He is well known for his marijuana-themed Cheech & Chong comedy albums and movies with Cheech Marin, as well as playing the character Leo on Fox's That '70s Show. He became a naturalized United States citizen in the late 1980s. 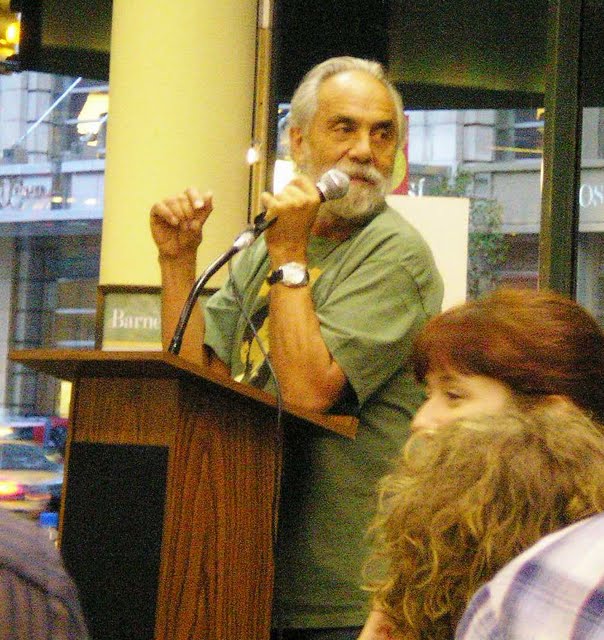 About the Tommy Chong Interview

Cheech & Chong consist of myself and my comedy partner Cheech Marin. We released albums, movies and toured the country in the ‘70s and ‘80s. Our most famous movie without a doubt that people recognize us for to this day is “Up In Smoke.” The reaction to “Up In Smoke” was incredible and it is a movie I am most proud of. I directed Up In Smoke, Cheech & Chong’s Next Movie, Nice Dreams, Still Smoking, Far Out Man and The Corsican Brothers. We have been credited as pioneers of the legalization of marijuana and the popularizers of cannabis in pop culture.

Something you may not know about me is that I was also in a band signed to Motown prior to being part of Cheech & Chong and we had a hit record and even played with the Jackson 5 once before they were famous called Bobby Taylor & The Vancouvers.

Recently I’ve been working in my shed a lot making pipes and art in my house in the Pacific Palisades in Los Angeles. I have been out of jail for over a decade after being incarcerated in 2003 as part of Operation Pipe Dreams for the selling of bongs. I was on Dancing With The Stars a year ago, which was really fun. I made a web talk show over the summer and I'm going to be making more videos. Cheech & I are still very good friends. 2015 and the near future is almost like the completion of this plot arc of a movie I've been playing a character in my entire life and I am now seeing the dream of full cannabis legalization, actually come true. It's amazing and we have truly come a long way.

That being said, I want to make sure you know man that I am going to give you no filters here Reddit, you’re going to have to take my answers harsh and uncut. Feel free to ask me anything, let’s start this AMA man.