Taryn Southern is an American singer, actress and comedian. She was part of American Idol season three's Top 50. Southern gained national attention with her video Hot4Hill during the 2008 Presidential race. She later went on to star in and executive produce DirecTV's first original series, Project My World.

• Ana Gasteyer (Ana Kristina Gasteyer is an American actress of stage, film, and television. She is best known as...)

• Rupert Friend (Rupert Friend is an English film actor, writer and director, who is best known for his roles as M...) 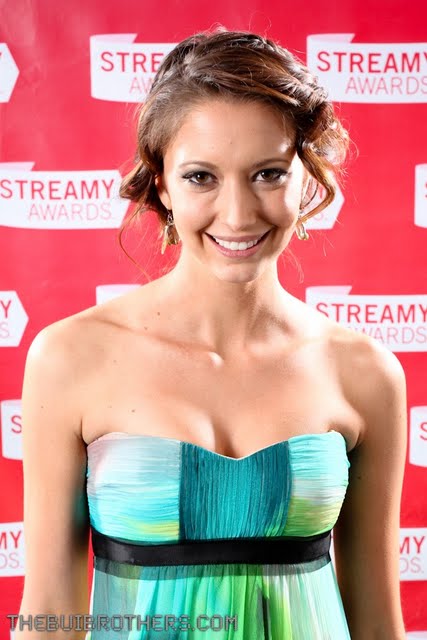 About the Taryn Southern Interview

UPDATE - Reddit community, I have to go now (to drinks, go figure!) but thank you so much for having me!

Three years ago I quit my job as an actress/TV host (I did guest stars on shows like New Girl, Rules of Engagement, American Dad) to pursue a full-time career as a content creator on YouTube.

Now when people ask what I do for a living, the simple answer is that I make A LOT of videos. Music videos, comedy videos, videos on pretty much whatever I talk to my therapist(s) about.

That being said, YouTube money is not nearly enough to live off of - so I take on a lot of outside projects. This includes advising companies and start-ups on their digital content strategies, and producing one-off videos and serialized content for brands (like Marriott, Conde Nast, MovieTickets.com, etc). I also occasionally still host for TV specials.

My current projects include a musical movie (in development) and a talk show series with Maker Studios that celebrates internet culture and its larger than life personalities. (Thus far we've talked to fringe Presidential candidates, real-life Doms, grandmas on Tinder and everything in between.) You can see it here: http://www.youtube.com/TarynSouthern.

Fun fact: I am typically encouraged to drink on the job.