United Airlines, Inc., commonly referred to as United, is a major U.S. airline headquartered in Chicago, Illinois. It is the world's third-largest airline when measured by revenue, after American Airlines and Delta Air Lines.

• Juliette Kayyem (Juliette N. Kayyem is an author and host of the WGBH podcast Security Mom. She serves as a nation...)

• Carl Zimmer (Carl Zimmer is a popular science writer and blogger who has specialized in the topics of evolutio...) 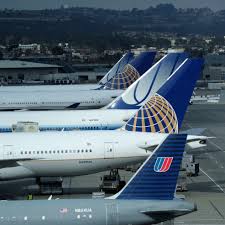 About the United Airlines Interview

This is a followup to the AMA I did last year, just after the federal lawsuit was filed.

Hey guys, I founded Skiplagged. Skiplagged is like a regular airfare search engine except it also shows you fares other websites don't. Among those is something very controversial known as hidden-city.

Basically, hidden-city is where your destination is a stopover; you'd simply leave the airport when you arrive at your destination. It turns out booking this way can save you hundreds of dollars on over 25% of common routes, especially in the USA. New York to San Francisco example. There are a few caveats, of course: (1) you'd have to book a round-trip as two one-ways (which Skiplagged handles automatically), (2) you can only have carry-ons, and (3) you may be breaking an agreement with the airlines known as contract of carriage, where it might say you can't miss flights on purpose.

While Skiplagged is aimed at being a traveller's best friend and does more than inform about hidden-city opportunities, hidden-city is what it became known for. In fact, many people even refer to missing flights on purpose as "skiplagging". United Airlines didn't like any of this.

Around September of last year, United reached out trying to get me to stop. I refused to comply because of their sheer arrogance and deceitfulness. For example, United tried to use the contract of carriage. They insisted Skiplagged, a site that provides information, was violating the contract. Contract of carriage is an agreement between passengers and airlines...Skiplagged is neither. This was basically the case of a big corporation trying to get what they want, irrelevant of the laws.

Fast-forward two months to Nov 2014, United teamed up with another big corporation and filed a federal lawsuit. I actually found out I was being sued from a Bloomberg reporter, who reached out asking for my thoughts. As a 22 year old being told there's a federal lawsuit against me by multi-billion dollar corporations, my heart immediately sank. But then I remembered, I'm 22. At worst, I'll be bankrupt. In my gut, I believed educating consumers is good for society so I decided this was a fight worth having. They sent over a letter shortly asking me to capitulate. I refused.

Skiplagged was a self-funded side project so I had no idea how I was going to fund a litigation. To start somewhere, I created a GoFundMe page for people to join me in the fight. What was happening in the following weeks was amazing. First there was coverage from small news websites. Then cbs reached out asking me to be on national tv. Then cnn reached out and published an article. Overnight, my story started going viral worldwide like frontpage of reddit and trending on facebook. Then I was asked to go on more national tv, local tv, radio stations, etc. Newspapers all over the world started picking this up. United caused the streisand effect. Tens of millions of people now heard about what they're doing. This was so nerve-wracking! Luckily, people understood what I was doing and there was support from all directions.

Fast-forward a couple of months, United's partner in the lawsuit dropped. Fast-forward a few more months to May 2015, a federal judge dropped the lawsuit completely. Victory? Sort of I guess. While now there's no lawsuit against Skiplagged, this is America so corporations like United can try again.

From running a business as an early twenties guy to being on national tv to getting sued by multi-billion dollar corporations to successfully crowdfunding, I managed to experience quite a bit. Given the support reddit had for me last year, I wanted to do this AMA to share my experience as a way of giving back to the community.

Also, I need your help.

The crowdfunding to fight the lawsuit led to donations of over $80,000. I promised to donate the excess, so in addition to your question feel free to suggest what charity Skiplagged should support with the remaining ~$23,000. Vote here. The top suggestions are:

I'm sure you love numbers, so here are misc stats: