Aziz Ansari is an American actor and comedian. He stars as Tom Haverford on the NBC show Parks and Recreation. Ansari began his career performing standup comedy in New York City during the summer of 2000 while attending New York University. In 2007, he created and starred in the critically acclaimed MTV sketch comedy show Human Giant, which ran for two seasons. This led to acting roles in feature films, including Funny People, I Love You, Man, Observe and Report, and 30 Minutes or Less. In addition to his acting work, Ansari has continued to work as a standup comedian. He released his debut CD/DVD, entitled Intimate Moments for a Sensual Evening, in January 2010 on Comedy Central Records, and still tours nationally between acting commitments. In 2010 and 2011, he performed his Dangerously Delicious tour. This tour was self-released for download on his website in March 2012 and debuted on Comedy Central in May 2012. He completed his third major tour of new material, Buried Alive, in the summer of 2013. 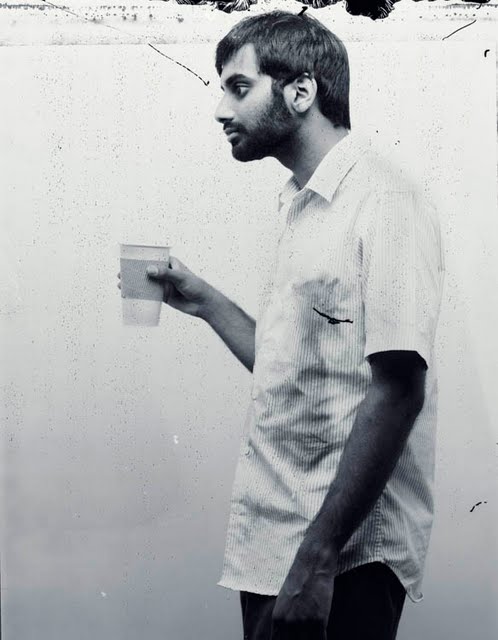 About the Aziz Ansari Interview

I'm here to chat about my new Netflix series Master of None.
I have my co-creator/writer Alan Yang (/u/ItsAlanYang) with me here too.

We are so humbled by how much you guys have supported the show's first season. The online community has been so nice to the show. So thank you!

Some news - we have decided to do some official chats about each episode in the /r/masterofnone subreddit, so go subscribe. I'll also have some of the cast and writers come through too. All the info will be there, keep an eye on it.

THANKS FOR EVERYTHING GUYS. I posted this question below about how you'd like to do the episode by episode discussions in r/masterofnone. Let us know and Alan and I will make it happen.
https://www.reddit.com/r/IAmA/comments/3sl82z/we_are_aziz_ansari_and_alan_yang_from_master_of/cwybe4w