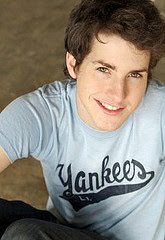 About the Sean Flynn Interview

Not surprisingly, I failed.

Here's the basic story: an Iraqi-British engineer was driving through the French Alps with his family in 2012 when he, his wife, and his mother-in-law were shot and killed. Three years later, after a globe-spanning criminal investigation, the police still don't have a suspect or a motive -- and they're not even sure if he was the target or if it was the cyclist who was shot dead in the same place at the same time.

I spent months investigating it, and wrote up my findings in GQ, which you can read here.