William James "Bill" Murray is an American actor and comedian. He first gained exposure on Saturday Night Live for which he earned an Emmy Award and later went on to star in comedy films, including Meatballs, Caddyshack, Stripes, Ghostbusters, What About Bob?, and Groundhog Day. Murray garnered additional critical acclaim later in his career, starring in Lost in Translation, which earned him an Academy Award nomination for Best Actor, the indie comedy-drama Broken Flowers and a series of films directed by Wes Anderson, including Rushmore, The Royal Tenenbaums, The Life Aquatic with Steve Zissou, The Darjeeling Limited, Fantastic Mr. Fox, Moonrise Kingdom, and The Grand Budapest Hotel. 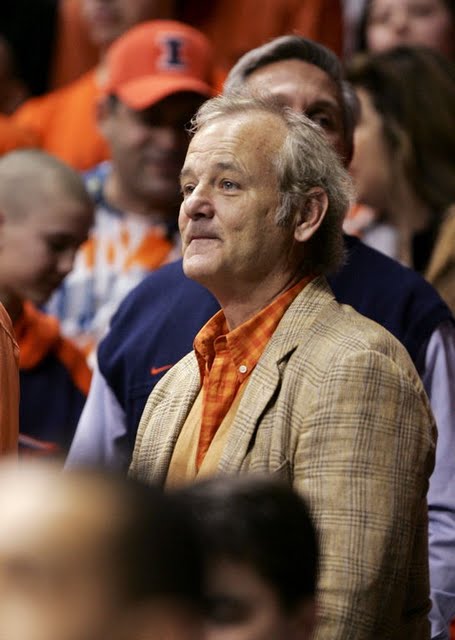 About the Bill Murray Interview

I'm back to answer your burning questions. And to give the kids at Reddit a hard time in their office so I'm gonna be a smidge late, but start piling them on and try to be original if you can.

It's nice being in San Francisco.

I'm doing this AMA on behalf of Rock the Kasbah, my new movie out this Friday and also because...well, frankly I missed you.

Getting some assistance from the smarty pants /u/808sandhotcakes

Alright, give it to me.

EDIT: This was a blast. Really fun guys. Enjoyed this immensely. We had a bit of tequila. Whatever. See the movie. Talk soon.