Alfonso Lincoln Ribeiro, Sr. is an American actor, television director, dancer, and game show host. Ribeiro played Alfonso Spears on the sitcom Silver Spoons, and Carlton Banks on the NBC sitcom The Fresh Prince of Bel-Air. He hosted the GSN show Catch 21 and the ABC Family show Spell-Mageddon. He also starred in the title role of the Broadway musical The Tap Dance Kid. Ribeiro took part in the thirteenth series of the British reality show I'm a Celebrity...Get Me Out of Here!, where he came in seventh place, leaving on day 19. He was an original writer on the anime Cory in the House. Ribeiro won the nineteenth season of Dancing with the Stars with professional partner Witney Carson.

• Anna Chlumsky (Anna Chlumsky is an American film, stage and television actress who rose to prominence for her ro...) 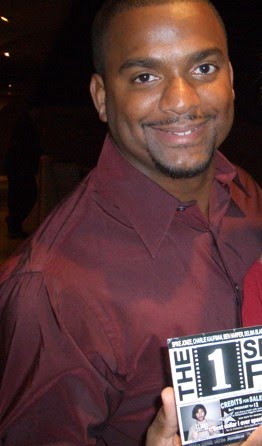 About the Alfonso Ribeiro Interview

I played Carlton on The Fresh Prince of Bel Air, won Season 19 of Dancing with the Stars, and I am the new host of America's Funniest Home Videos! Catch the 26th season every Sunday at 7/6c on ABC.

EDIT: Thank you everyone for your awesome questions! Hope to do this again with you someday!