Fred Robert Armisen is an American actor, voice actor, writer, producer, director, singer, musician, and comedian. Widely known as a cast member on Saturday Night Live from 2002 until 2013, Armisen has portrayed characters in comedy films, including EuroTrip, Anchorman, and Cop Out. With his comedy partner, Carrie Brownstein, Armisen is the co-creator and co-star of the IFC sketch comedy series Portlandia. Armisen founded ThunderAnt.com, a website that features the comedy sketches created with Brownstein, and is the bandleader for the Late Night with Seth Meyers house band, "The 8G Band". Armisen was nominated in 2012 for an Emmy Award for Outstanding Writing for a Variety Series.

• Eddie Ifft (It’s safe to say that Eddie Ifft is one of the most traveled comedians in show business. This yea...) 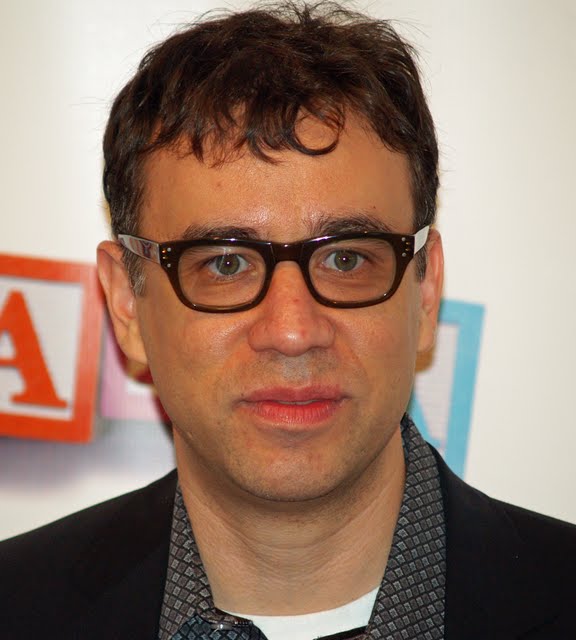 About the Fred Armisen Interview

Hey guys, we're at the reddit office in NYC with Victoria bright and early. How are you?

Season 5 of Portlandia premieres tomorrow night, Thursday, Jan. 8 at 10pm ET/PT on IFC... and for a sneak preview you can watch this clip.

We are really proud of this season, and it premieres this Thursday on IFC. I love reddit. I think it's so much fun. And I veryveryverymuch thank everybody for asking questions and being interested in the show at all!

Carrie I second Fred's enthusiasm and gratitude. And it's always a pleasure to get to talk with our fans. And we appreciate you so much!