Gordon Meredith Lightfoot, Jr. CC OOnt is a Canadian singer-songwriter who achieved international success in folk, folk-rock, and country music, and has been credited for helping define the folk-pop sound of the 1960s and 1970s. He has been referred to as Canada's greatest songwriter and internationally as a folk-rock legend. Lightfoot's songs, including "For Lovin' Me", "Early Morning Rain", "Steel Rail Blues", "Ribbon of Darkness"—a number one hit on the U.S. country chart with Marty Robbins's cover in 1965— and the 1967 Detroit riot-generated "Black Day In July" brought him international recognition in the 1960s. He experienced chart success in Canada with his own recordings, beginning in 1962 with the #3 hit " I'm the One". Lightfoot's recordings then made an impact on the international music charts as well in the 1970s, with songs such as "If You Could Read My Mind", "Sundown", "Carefree Highway", "Rainy Day People", all reaching #1, and "The Wreck of the Edmund Fitzgerald". Some of Lightfoot's albums have achieved gold and multi-platinum status internationally. 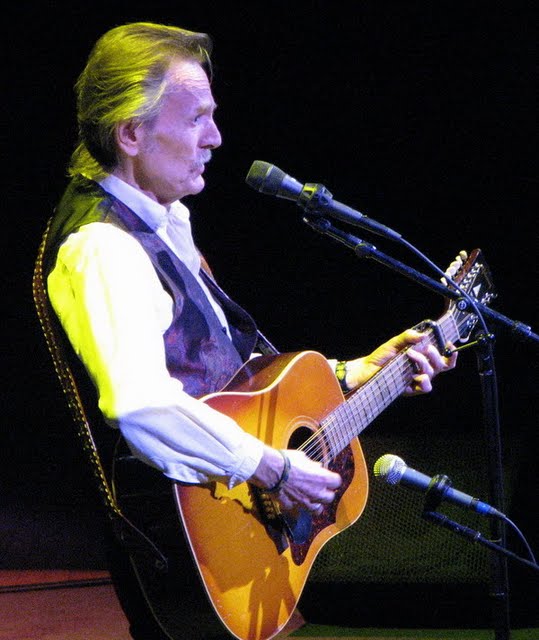 About the Gordon Lightfoot Interview

My name's Gordon Lightfoot. I'm a singer/songwriter. I'm also a performer. I play a lot of concerts. And I've made 20 albums, 14 for Warner Brothers / Reprise and 5 for United Artists before that, I was doing pretty well there and I got moved over to a bigger label, and my latest album I released last year independently. The songs I would be best known for would be "If You Could Read My Mind," "Sundown," and "The Wreck of the Edmund Fitzgerald." Plus "Carefree Highway." Many of my songs are really well-known because other people have recorded them, including Peter Paul & Mary, Bob Dylan, Johnny Cash, Marty Robbins, Elvis Presley, Barbra Streisand, and others. I do a fair amount of charity work here locally where i live, in the city of Toronto. Most of the time I am very low-profile though. I did a lot of stuff earlier on with David Suzuki in the environmental movement years ago, and Sting was also really involved in that. Almost on the other side of the country!

I really enjoy my work a good deal and I have a wonderful band, just a great bunch of guys, it's actually a 5 piece band really, which I lead but of which I am one. We travel all over North America. We have played in Europe, Australia, England, but for the last 20 years or so, I've slowed down a little bit, I like to stay in the North American continent because i feel a lot safer here. Plus it's where all my relatives are, and I can't get away from them! I have a very extended family, I have 6 children and they are spread out all over the place. I've been a busy man.

Edit: I am excited. I am really really excited about what we are doing right now. We are doing shows now, and I've been doing shows since I was very young, very small, as a child. And thank you very much - it's been a very interesting time, and it's also given me a chance to explore within myself for answers to your questions and I really appreciate your interest, and I hope you come out and see us - we'll really knock your socks off!