Zachary Israel "Zach" Braff is an American actor, director and screenwriter. Braff first became known in 2001 for his role as Dr. John Dorian on the television series Scrubs, for which he was nominated for the Primetime Emmy Award for Outstanding Lead Actor in a Comedy Series in 2005. In 2004, Braff made his directorial debut with Garden State. He returned to his home state New Jersey to shoot the film, which was produced for $2.5 million. The film made over $35 million at the box office and was praised by critics, leading it to gain a cult following. Braff wrote the film, starred in it, and compiled the soundtrack record. He won numerous awards for his directing work, and also won the Grammy Award for Best Soundtrack Album in 2005. In April 2013, Braff announced he was launching a Kickstarter campaign to raise funds to shoot a new film, titled Wish I Was Here.

• Phil LaMarr (Phillip "Phil" LaMarr is an American actor, voice actor, comedian and impressionist. He was one o...) 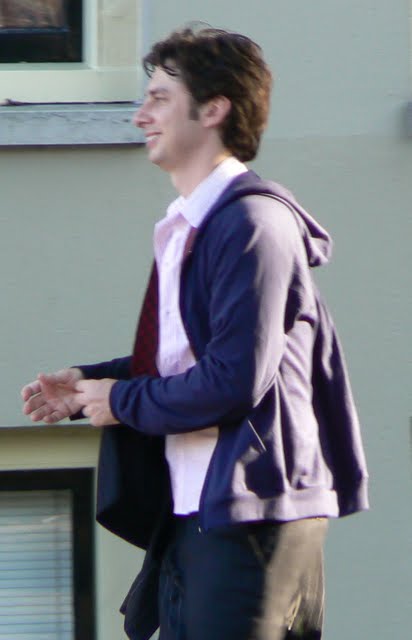 About the Zach Braff Interview

I was on Scrubs. I made Garden State. I played a monkey in one Disney Movie and a Chicken in another. I haven't made a movie in 10 years. I finally have. It comes out this weekend. It's called "Wish I Was Here."
I sometimes look at /Gonewild
Ask me anything...