Jerome Allen "Jerry" Seinfeld is an American comedian, actor, writer, and television/film producer, best known for playing a semi-fictional version of himself in the sitcom Seinfeld, which he co-created and co-wrote with Larry David. For the show's final two seasons, they were co-executive producers. In his first major foray back into the media since the finale of Seinfeld, he co-wrote and co-produced the 2007 film Bee Movie, also voicing the lead role of Barry B. Benson. In February 2010, Seinfeld premiered a reality TV series called The Marriage Ref on NBC. Seinfeld directed Colin Quinn in the Broadway show Long Story Short at the Helen Hayes Theater in New York which ran until January 8, 2011. More recently, Seinfeld has been the creator and host of the web series Comedians in Cars Getting Coffee. Seinfeld is known for specializing in observational humor, often focusing on personal relationships and uncomfortable social obligations. In 2005, Comedy Central ranked Jerry Seinfeld 12th out of 100 as the greatest comedians of all time in its five-part special The 100 Greatest Standups of All Time.

• Wyatt Cenac (Wyatt Cenac is an American stand-up comedian, actor, and writer. He is a former correspondent and...) 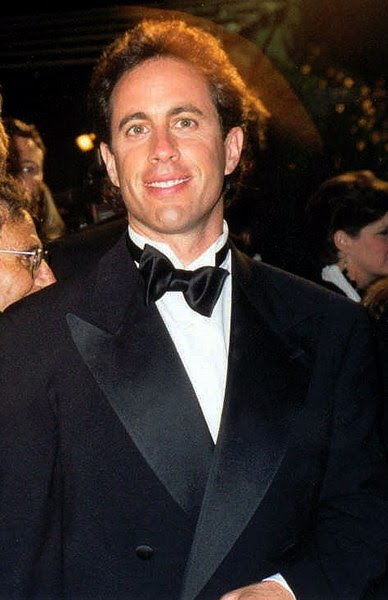 About the Jerry Seinfeld Interview

I did one of these six months ago, and enjoyed the dialogue so much, I thought we’d do it again.

Last week, we finished our fourth season of my web series called Comedians in Cars Getting Coffee, and today we’re launching a between-the-seasons confection we’re calling Single Shots. It’s mini-episodes with multiple guests around a single topic. We’ll do one each week until we come back for Season 5 in the Fall.

I'm in Long Island, and as she did last time, Victoria with reddit is facilitating.

Ok, I’m ready. Go ahead. Ask me anything.

Edit: Okay, gang, that's 101 questions answered. I beat my previous record by one. And let's see if anyone can top it. If they do, I'll come back. And check out Donuts - who doesn't like donuts? http://comediansincarsgettingcoffee.com/