Gabriel J. Iglecias, known professionally as Gabriel Iglesias and comically as Fluffy, is an American comedian, actor, writer, producer and voice actor. He is known for his shows I'm Not Fat… I'm Fluffy and Hot & Fluffy. He employs storytelling, affected voices and sound effects in his act, whose other trademarks include references to his weight and his use of Hawaiian shirts. He has been called a "comedy genius" by Hector Saldaña of the San Antonio Express-News.

• Aziz Ansari (Aziz Ansari is an American actor and comedian. He stars as Tom Haverford on the NBC show Parks an...) 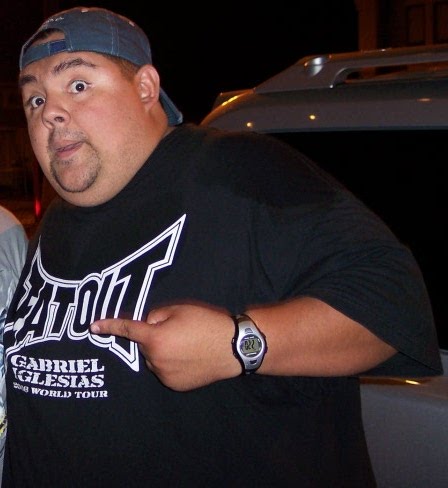 About the Gabriel Iglesias Interview

Hey you guys! I'm Gabriel Iglesias, also known as "Fluffy." I've been doing standup comedy for over 17 years now, have been in many TV shows and films. Getting ready to release my Fluffy movie in theaters July 25th. You can check out the trailer here: http://www.youtube.com/watch?v=tEET86mhXvs

Here with Victoria, let's get started!

update: This was pretty bad-ass, I can't wait to do it again. Next time we gotta try it drunk.