Sir Timothy John "Tim" Berners-Lee, OM, KBE, FRS, FREng, FRSA, DFBCS, also known as "TimBL", is an English computer scientist, best known as the inventor of the World Wide Web. He made a proposal for an information management system in March 1989, and he implemented the first successful communication between a Hypertext Transfer Protocol client and server via the Internet sometime around mid November of that same year. Berners-Lee is the director of the World Wide Web Consortium, which oversees the Web's continued development. He is also the founder of the World Wide Web Foundation, and is a senior researcher and holder of the Founders Chair at the MIT Computer Science and Artificial Intelligence Laboratory. He is a director of the Web Science Research Initiative, and a member of the advisory board of the MIT Center for Collective Intelligence. In 2004, Berners-Lee was knighted by Queen Elizabeth II for his pioneering work. In April 2009, he was elected a foreign associate of the United States National Academy of Sciences. 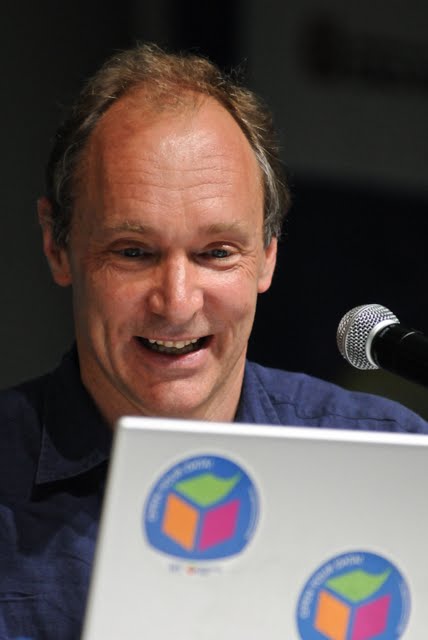 About the Tim Berners-Lee Interview

EDIT: I HAVE TO STOP NOW ... run out of time, have to get on a plane. THANK YOU all 10e9 for the questions and ... Do continue discuss here and with #web25 everywhere and webat25.org

On March 12, 1989 I submitted my proposal for the World Wide Web. 25 years later, I'm amazed to see the many great things it's achieved - transforming the way we talk, share and create. As we celebrate the Web's 25th birthday (see webat25.org), I want us all to think about its future and ask how we can help make it a truly open, secure and creative platform – available to everyone. The idea of an AMA is another great example of how the Web's helping to connect and empower people around the globe and I'm really excited to be answering your questions!

Remember to discuss the web you want using #web25

EDIT: I HAVE TO STOP NOW ... run out of time, have to get on a plane. THANK YOU all 10e9 for the questions and ... Do continue discuss here and with #web25 everywhere and webat25.org