Emmanuelle Grey "Emmy" Rossum is an American actress and singer-songwriter. She has starred in movies including Songcatcher, An American Rhapsody, and Passionada. Her role in Mystic River garnered her wider recognition. She starred in the blockbuster film The Day After Tomorrow and received critical acclaim for her performance in The Phantom of the Opera. She has since starred in Poseidon, Dragonball: Evolution, Dare and Beautiful Creatures. In 2007, Rossum released her debut album, Inside Out. She also released a Christmas EP the same year, titled Carol of the Bells. In 2013 she released a follow up album called Sentimental Journey. She currently stars on the Showtime dramedy Shameless, as Fiona Gallagher. 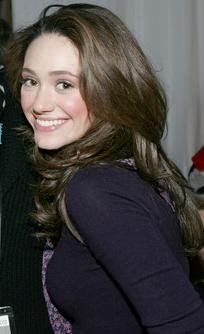 About the Emmy Rossum Interview

Hi guys! I'm here for another AMA. You probably know me as the glue that (barely) holds the Gallagher clan together on Shameless... or Mystic River, The Phantom of the Opera, and Comet.

With the season 5 premiere of Shameless coming up, I'm looking forward to answering any questions you have about the show - and if you want a chance to actually LIVE a day as a Gallagher, you can enter my Omaze campaign for the chance to grab a friend and fly out to LA to help us crash Showtime’s Hollywood premiere party!

The campaign benefits The Foundation For Living Beauty, an incredible organization that supports women who are battling cancer. To enter, go to: omaze.com/shameless The campaign ends SOON so check it out before it's gone.

Victoria's going to be helping me get started. AMA.

EDIT Well, make sure to go and donate anything you can to the Omaze campaign so you can hopefully join us in LA! I just shot this video with my Shameless family that you can check out at http://www.omaze.com/experiences/shameless?