Cornelius Crane "Chevy" Chase is an American comedian, actor, and writer. Born into a prominent New York family, Chase worked a plethora of odd jobs before he moved into comedy and began acting with National Lampoon. He quickly became a key cast member in the inaugural season of Saturday Night Live, where his Weekend Update skit soon became a staple of the show. Chase is well known for his portrayal of the character Clark Griswold in four National Lampoon's Vacation films, and for his roles in comedies including Foul Play, Caddyshack, Seems Like Old Times, Fletch, Spies Like Us, and ¡Three Amigos!. He has hosted the Academy Awards twice and briefly had his own late-night talk show, The Chevy Chase Show. In 2009, he became a regular cast member on the NBC comedy series Community. Chase left the show in 2012, having already filmed most of the episodes in season 4.

• Eric Lloyd (Eric Lloyd is an American actor, comedian, and former child actor. Lloyd is best known for work a...) 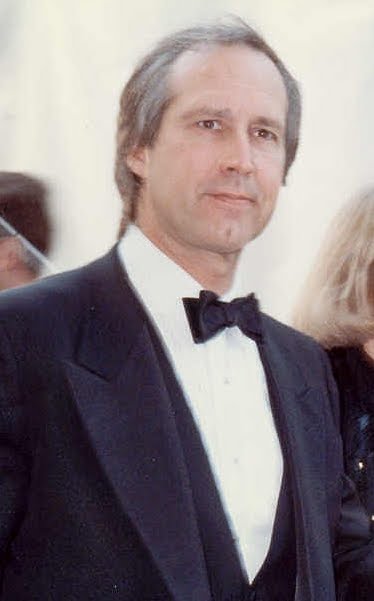 About the Chevy Chase Interview

This is Chevy Chase.

I'm here to answer any questions you have about Woody Harrelson's movies!

And anything else I can remember about Woody.

And I'll answer anything you ask me... except for one, that I'm not gonna tell you about.

(*Victoria's helping me out via phone)

Update: I wanna thank you for putting up with me, and my remarks, and also, I wanna thank all of the people that asked questions, because they were good questions and very interesting, and made me have to REALLY think, which is an unusual thing for me to do!