William Patrick "Billy" Corgan Jr. is an American musician, producer, lyricist, writer, and poet, best known as the frontman and sole permanent member of The Smashing Pumpkins. Formed by Corgan and guitarist James Iha in Chicago, Illinois, in 1987, the band quickly gained steam with the addition of bassist D'arcy Wretzky and drummer Jimmy Chamberlin. The band's direction has largely been driven by Corgan through his confessional lyrics, grandiose production values, and virtuosic musical interplay, notably with Chamberlin. In three years, The Smashing Pumpkins had transformed themselves into a major label success. Strong album sales and large-scale tours propelled the band's increasing fame in the 1990s, while Chamberlin's drug problems escalated until he was fired. The Pumpkins continued as a three-piece until Chamberlin rejoined the band in 1999, then broke up in 2000. Corgan started a new band with Chamberlin right away, called Zwan, and after their demise, he released a solo album and a collection of poetry before setting his sights on reforming the Smashing Pumpkins. He has also assisted Breaking Benjamin in making their album We Are Not Alone.

• Sugar Ray (Sugar Ray is an American alternative rock band formed in 1986. The band, starting off more as a f...) 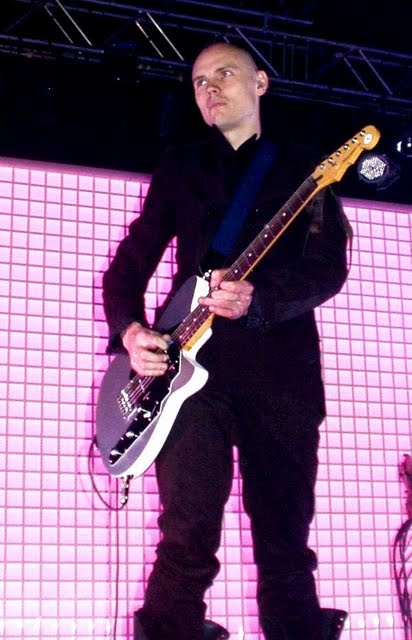 About the Billy Corgan Interview

Hello. I am Billy Corgan of The Smashing Pumpkins.

Our new album, Monuments to an Elegy, is released today on iTunes, on Amazon and on Google Play.

Victoria's helping me out today in rainy NYC. I'm enjoying a nice cup of tea.

Update: I loved these questions.

And I hope everyone gets a chance to check out the new album that is out today. We are super-super proud of it, and when people say it's the best album in years, they're not lying.