Michael Francis "Mick" Foley, Sr. is a retired American professional wrestler, author, comedian, color commentator, actor, and voice actor. He has worked for many wrestling promotions, including World Wrestling Entertainment, World Championship Wrestling, Extreme Championship Wrestling, Total Nonstop Action Wrestling, National Wrestling Alliance as well as numerous promotions in Japan. He is often referred to as "The Hardcore Legend", a nickname he shares with Terry Funk. Foley has wrestled both under his real name and various personas, including Dude Love, Cactus Jack, and Mankind, also known as the Three Faces of Foley. Foley is a four-time world champion, an 11-time tag team champion, a one-time TNA Legends Champion and the inaugural WWF Hardcore Champion. 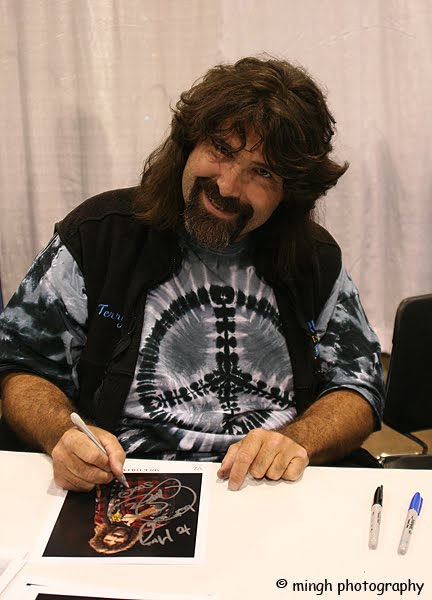 About the Mick Foley Interview

My latest project, I Am Santa Claus, is a film in which I follow five professional Santa impersonators for a year to see what they’re all about during the holiday season and beyond, and it's available today on Blu-ray and various digital platforms (you can check it out here: http://www.iamsantaclausmovie.com).

EDIT: well, before i go - THANK YOU everyone for your questions. I especially want to thank anyone who's followed me on any of my non-wrestling journeys, whether it be this documentary, or my live shows throughout the country and the world. And you can check up whatever i'm doing on my website, http://www.realmickfoley.com.