Baratunde Rafiq Thurston is a writer, comedian, and entrepreneur mixing cutting-edge technology with old-fashioned social justice. Thurston co-founded the black political blog Jack and Jill Politics, whose coverage of the 2008 Democratic National Convention was archived in the Library Of Congress, and was director of digital for The Onion. In 2012, his book How to be Black became a New York Times bestseller. Part memoir, part satirical self-help guide, HtbB challenges a country that elected its first black president to think more expansively about race. One of his latest ventures is Cultivated Wit, a marketing company with a strong conscience and a great sense of humor. He’s often seen in print, online, and on flat screens at the same damn time making room for the marginalized, the dispossessed, and that good, good stuff that goes down smooth.

• Matt Braunger (Matthew "Matt" Braunger is an American actor, writer, and stand-up comedian. Outside of performin...) 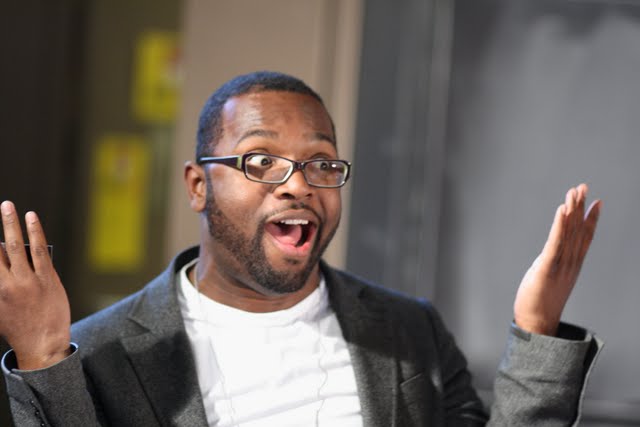 About the Baratunde Thurston Interview

My short bio: I am a co-host of TakePart Live on Pivot TV and co-founder of Cultivated Wit. I wrote the New York Times bestseller How To Be Black and served for five years as director of digital for the satirical news outlet The Onion. I also write the monthly back page column for Fast Company and contribute to the MIT Media Lab as a director’s fellow.