Robert John Downey, Jr. is an American actor, filmmaker, and singer. Making his screen debut at the age of five, appearing in his father Robert Downey, Sr.'s film Pound, he has appeared in roles associated with the Brat Pack, such as Less Than Zero and Weird Science. Other films he has starred in include Air America, Soapdish, and Natural Born Killers. He starred as Charlie Chaplin, the title character in the 1992 film Chaplin, which earned him a nomination for the Academy Award for Best Actor. After being released in 2000 from the California Substance Abuse Treatment Facility and State Prison where he was on drug charges, Downey joined the cast of the TV series Ally McBeal playing Calista Flockhart's love interest. His performance was praised and he received a Golden Globe Award for Best Performance by an Actor in a Supporting Role in a Series, Miniseries, or Television Film. His character was written out when Downey was fired after two drug arrests in late 2000 and early 2001. After one last stay in a court-ordered drug treatment program, Downey finally achieved sobriety. 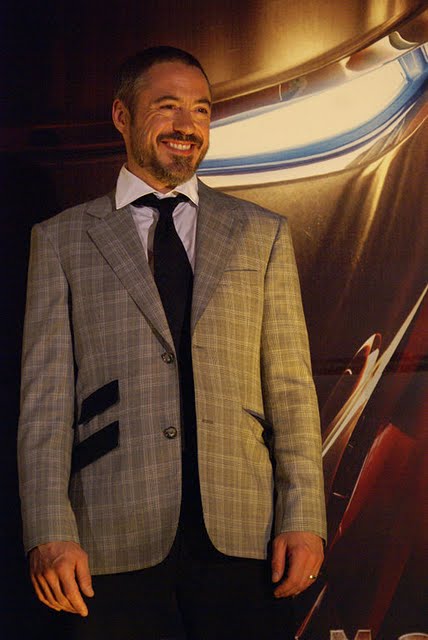 About the Robert Downey Jr. Interview

Hello reddit. It’s me: your absentee leader. This is my first time here, so I’d appreciate it if you’d be gentle… Just kidding. Go right ahead and throw all your randomness at me. I can take it.

Also, I'd be remiss if I didn’t mention my new film, The Judge, is in theaters THIS FRIDAY. Hope y’all can check it out. It’s a pretty special film, if I do say so myself.

Here’s a brand new clip we just released where I face off with the formidable Billy Bob Thornton: http://trailers.apple.com/trailers/wb/thejudge/.

Feel free to creep on me with social media too:

Victoria's helping me out today. AMA.

Edit: Please say: this was fun. And incidentally, thank you for showing up for me. It would've been really sad, and weird, if I'd done an Ask Me Anything and nobody had anything to ask. As usual, I'm grateful, and trust me - if you're looking for an outstanding piece of entertainment, I won't steer ya wrong. Please see The Judge this weekend.