Anthony Joseph "Joe" Perry is the lead guitarist, backing and occasional lead vocalist, and contributing songwriter for the rock band Aerosmith. He was ranked 84th in the Rolling Stone's list The 100 Greatest Guitarists of All Time. In 2001, he was inducted into the Rock and Roll Hall of Fame as part of Aerosmith, and in 2013, Perry and his songwriting partner Steven Tyler were recipients of the ASCAP Founders Award and were also inducted into the Songwriters Hall of Fame. 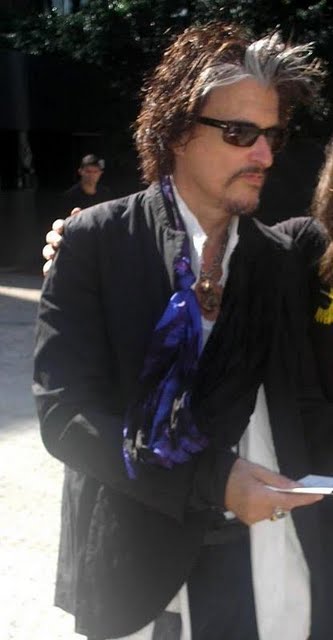 About the Joe Perry Interview

Hi, this is Joe Perry.

I've been playing guitar in a band called Aerosmith for the past 40 years, among other things, and I just finished an autobiography that's been published about my experiences ever since I could remember putting one foot in front of the other on this planet, up til now. So i'm here to answer any of your questions. Victoria's helping me out today.

Update Well thanks for everybody taking the time to get on this little get together for the last couple hours, and I really appreciate it. And I'm looking forward to seeing some of you at book signings, that's the best part of doing this, is being able to shake hands with some fans and show my appreciation for their sticking by through the thick and thin.