Jacob Benjamin "Jake" Gyllenhaal is an American actor. The son of director Stephen Gyllenhaal and screenwriter Naomi Foner, Gyllenhaal began acting at the age of ten. Following his first lead role in 1999's October Sky, he starred in the indie cult hit Donnie Darko, in which he played a psychologically troubled teenager alongside his older sister, actress Maggie Gyllenhaal. In 2002, he starred in another indie film, The Good Girl, alongside actress Jennifer Aniston. In 2004, he appeared in the science-fiction film The Day After Tomorrow, portraying a student caught in a cataclysmic global cooling event. Gyllenhaal then played against type as a frustrated Marine in Jarhead. The same year, his role as Jack Twist in Brokeback Mountain earned him critical acclaim. For his Brokeback Mountain performance, Gyllenhaal won the BAFTA Award for Best Supporting Actor and was nominated for the Academy Award in the same category. He has since played the lead roles in many notable films, including Zodiac, Prince of Persia: The Sands of Time, Love and Other Drugs, Source Code, End of Watch, and Prisoners.

• Vanessa Ray (Vanessa Ray Liptak, known professionally as Vanessa Ray, is an American actress and singer. She i...) 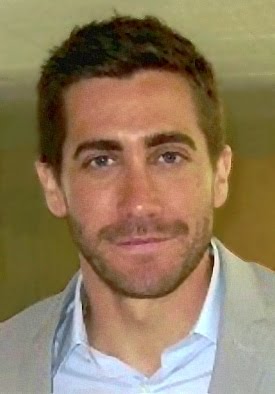 About the Jake Gyllenhaal Interview

My latest film is Nightcrawler, out tomorrow on October 31st.

Victoria from reddit's helping me out in person today. AMA.

Update: Thank you guys for your really honest and articulate questions. And I appreciate you taking the time, and I'm glad we could all spend a little time on the world wide web together. Until next time!